It’s no secret that the internet/smartphone nexus has devastated traditional brick and mortar retail in many countries. In North America in particular countless formerly bustling shopping malls have been reduced to virtual ghost towns.

But while the problem has been developing for the better part of a decade, the response from those who own, develop and manage shopping malls has largely been one of befuddlement.

With lots of head-scratching and resigned looks and precious few innovative or otherwise effective responses. Until now. 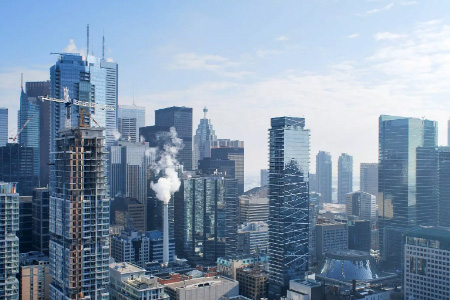 In a somewhat ironic twist, it seems the savior of the shopping mall might be another recent phenomenon: the condominium tower.

We say ironic because to at least some extent the death of traditional retail is due to people sitting on the sofa in their condo and shopping via their smartphone.

And though they’ve been slow to respond, it seems developers have finally decided to admit the obvious and join the condo to the mall. Hoping, at least in part, that the shorter distance between sofa and store will help breathe new life into moribund malls.

That’s exactly what’s happening at several once high-visibility, high-traffic retail sites across the GTA including malls in Yorkdale and other locations.

For example, renowned developer Freed Development carries on its reputation by transforming the unsketched neighborhood of the Toronto skyline.

The end result of these moves is that locations that were once favored as retail havens attracting tens of thousands of customers daily will soon find themselves hosting thousands of permanent residents. It’s a startling turn of events that few foresaw as recently as just 20 years ago, when mall construction was still proceeding at a feverish clip.

But it’s also testament to the transformative power of the digital revolution and speaks to the increasingly precarious position traditional brick, and mortar retail occupies in the collective consciousness. 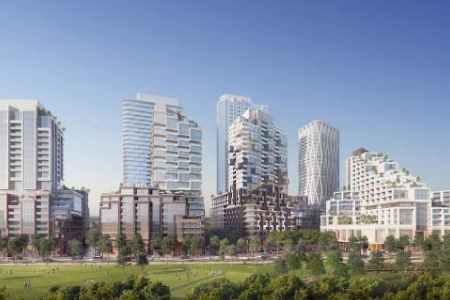 Integrating condo and mall is not a concept that’s going to work everywhere.

At the Galleria Mall at Dupont and Dufferin for instance, Freed Development is eyeing a complete makeover of the site. That means demolition of the existing retail strip and its replacement with several condo towers that will include limited new retail spaces in their podiums.

At the Yorkdale Shopping Centre, the situation is a bit different.

While the mall is in no immediate danger, Oxford Properties is taking a proactive approach. They envision a gradual 20-year transformation that includes the building of several condo towers, a hotel, and perhaps an office building to round out the commercial menu.

It’s seen as a win-win plan where, no matter if the mall eventually succumbs to the digital undertow or continues to thrive, the developers will be a good position to take advantage.

Though different developers will respond in different ways to the decline of the mall, it seems certain that the condo is poised to play a significant role in that response right across the GTA.