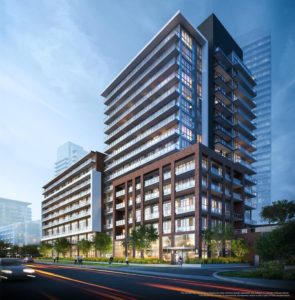 Reimagine Galleria is a project proposal between Freed Developments and Elad Canada. The neighborhood that is to be revamped was used as a mixed community and was established in the1970's. Since then, it grew to be forgotten, but Elad and Freed chose to focus on its potential, which is leading to is redevelopment.

Their brand new vision is to build a master-planned community in place of the Galleria Shopping Centre. The community will be all inclusive of residential space, office space, rental, and retail space as well. The most intriguing part of the entire development is that a customer survey was taken before is redesign began. This way, Elad and Freed created their design plans based on the requirements of the consumers.

The location of this project couldn't be in a better place. It is perfectly situated in an area that makes transit and the downtown core extremely accessible. One of their main objectives to achieve is building a community on its own. The Wallace Emerson Park is to be expanded and rebuilt to twice its size. The most attractive features about the community center are the childcare center and the artificial outdoors skating rink. The Galleria On The Park Master Plan had the TTC approve a busy bay to increase the flow of traffic. Pedestrian and cycling access throughout the entire is being given top priority as well. 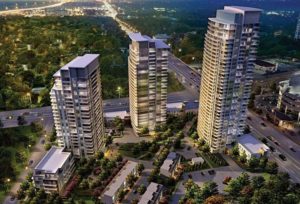 The Condos will be luxurious and include a total of 2,891 residential units. From which, 150 will be affordable rental units as well. The units will include one bedroom to three bedrooms. The complex will also feature 20,000 square feet of office space, which will be beneficial for the investors. The whole idea is to create a live, eat, play, and work type of location and community.

The occupancy date, which is projected, is for 2021 as per the recent reports on the subject. This project is also to increase community engagement in the city of Toronto. The aim is to focus on not just the redevelopment but also the building memories and experience for the residents. This community is said to be perfect for both families and bachelors. This is also adding to the versatility of age and culture to the community. Lastly, the project will be exactly between Dufferin Street and Dupont Street and will stretch out to Emerson Avenue and Lappin Avenue.

Freed Developments and Elad Canada are extremely well-known developers in and around Canada, which assures consumers that the redesigning and revamping of this project is in good hands. Peter Freed the President of Freed Developments is a man with an obsession of detail and design. His mission and vision are to craft community-centric building each with their own unique attitude. Grand Park Village is one of the Freed’s recent projects (​​learn more here). True to his work, Grand Park village is a mixed-used condominium that is community-centric. Elad Canada, on the other hand, is reputed for their creative thinking and investments in untapped development opportunities. This exactly why this partnership and project works perfectly.