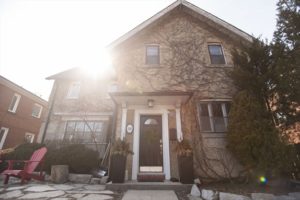 Recently, Toronto Council gave its affirmation and has decided to provide a heritage designation to Mimico House, under the influence of the Ontario Heritage Act.

It was last month that the Etobicoke York Community Council's vote of 3-1 against the demolition permit of the Mimico House requested by the owner. The owner wanted to demolish the existing property to rebuild it for rental income.

On March 19, the permit was denied, and the century-old property that is detached from the rest of the spaces in the locality was given a heritage designation as well as protection.

Diana Compton, Mimico House's owner, was denied the permit. Thus, turning the whole situation that seemed like a battle or war between the rights of the private house owners and the heritage preservation interests of the community.

Diana Compton appealed that she wished to rebuild the house to fetch incomes as rent from the property. Diana had become a single mother after her husband’s death in the year 2016 and hence, wanted an extra source of income for her financial ease.

She expressed disappointment in the community's decision and felt that her circumstances and rights as a house owner were given no consideration. She showed so in the form of an email after the Community Council decided against her appeal.

Etobicoke is quite a populated region of Toronto with significant residential developments occurring at regular intervals. The most recent development which is gaining great popularity in the area is- Grand Park Village.

It is a mixed-use community by Freed Developments that is going to include residential, commercial as well as office spaces. See the development in this page. While there are newer developments like these coming up in the region, the old ones such as Mimico House are being retained as heritage designation as well. 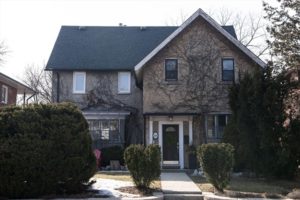 The house was declared under the city’s heritage inventory in the year 1998 and thus, was included on the City of Toronto’s heritage properties, also known as the heritage register.

As per the claims made by Dina, she says that she as well as her husband were completely unaware that the house was listed as a heritage property when they bought it in the year 2008.

The City heritage staff confirmed that the property owned by Diana is amongst the first residential properties that were constructed on 58 Wheatfield Rd.

After the permit was denied for Diana Compton, there were around 30 residents who addressed the issue to the clerk of the Etobicoke York Community Council. Mixed opinions were received on the problems. Some wrote in support of Diana Compton and the rights of the private house owners. And, there were a few in favour of the heritage designation as well.

Mark Grimes, the Etobicoke-Lakeshore Coun. Moved the final verdict in favour of the heritage designation. And, he also expressed that heritage is one of the hottest topics in Mimico and that it is a work which is still in progress. He believes that till the time the Community doesn’t start preserving the properties, they are never going to have any!