In an authentic way, the intersection of Yonge and Eglinton represents the beating heart of Toronto. Equidistant from the glittering towers of downtown and the cultural center of North Toronto and with the eastern and western ends of the city just a short stroll down Eglinton, it’s the perfect location for the new Art Shoppe Condos.

Designed by the architects Alliance the Art Shoppe Condos feature 12 and 28 storey components that will bring a total of 623 new homes to market when completed in early 2020. 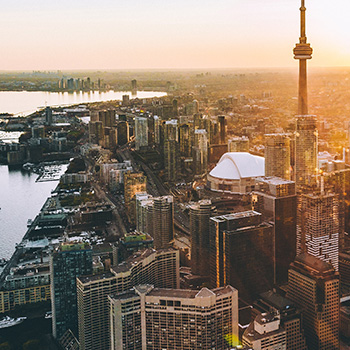 The project, with its interior design by Cecconi Simone, has been making steady progress since concrete reached grade in 2017.

Since the beginning of 2019 other important milestones have been reached, including the forming of the podium and pouring of the tower’s 24 residential floors. With its final height of 99 meters in sight, the developers are on schedule to open in late 2019.

A recent visit to the site revealed that cladding was well underway and that window installation continues apace and should be approaching the 15th storey as of press time for this article.

Freed Developments, the developers of Grand Park Village (more info here), and their partners Capital Developments have already announced that the project is completely sold out, which makes this the latest chapter in a remarkable run of success for both companies.

Amenities You can expect 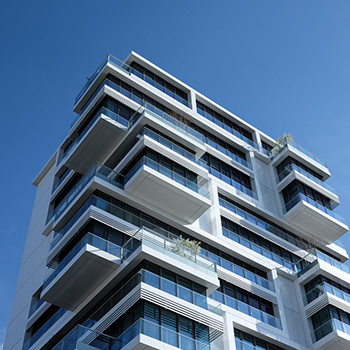 The development rises on the site of the former Art Shoppe Furniture Store, founded in 1936 and for many years Canada’s largest furnishings store. The architects wanted to pay homage to the creative spirit that drove the team at Art Shoppe Furniture, and so they spared no effort in bringing together some of the most renowned creative minds to assist in the project.

Among the many inspiring aspects of the project are lobbies designed by the late Karl Lagerfeld, who for many years was Creative Director at Chanel. The Art Shoppe Condo lobbies will be remembered as one of the legendary designer’s last projects.

Other amenities include a wine tasting room, a juice bar and a dazzling infinity pool on the roof with south-facing views of the Toronto skyline. Level 3 of the Art Shoppe Condo will feature a lush green space courtyard created by Janet Rosenberg & Studio, complete with stately trees, boxwood hedges and whimsically sculpted benches.

The condo will also play host to some of the trendiest boutiques in Toronto spread out over tens of thousands of square feet of retail space sprinkled throughout podium. And there are plans in the works for both a major supermarket and a rooftop restaurant.

When will it be complete?

As cladding continues its relentless rise up the building exterior work continues within to finish out the myriad retail, community and private spaces within.

Work is also expected to commence during the summer on the rooftop infinity pool, which will be the longest in the city and take poolside luxury to new heights when it opens in 2020.

When finished the Art Shoppe Condo development will be the epitome of sophisticated urban living and create a nexus through which historical Toronto connects to a future defined by unlimited possibilities.