New LRT Line Development To Change the The Market In Toronto

Recently, a deal worth 102 million dollars was completed for Toronto Don Valley Hotel & Suites. The closing of this deal marked the start of positive momentum for the development along the Eglinton Crosstown Light Rail Transit (LRT) line. This is now under construction.

The construction is taking place along the east-west stretch of Toronto, which goes for about 19 kilometers. With this successful purchase, Fengate Asset Management and Freed Developments, the two partners, have together acquired a hotel having 354 rooms. This hotel is an existing one and is situated on a site that spreads across 5.4 acres.

An exciting location’s development in planning

There is potential to create a landmark project in the available space. These statements are coming from a couple of reports as well as from Land Service Groups, the brokers responsible for the vendor, that is, Allied Hotel Properties. It is exciting as well as a rare thing to witness this kind of deal.

This is because the joint partners have acquired a location that already has approval for rezoning at such a massive scale.

At present, Freed Developments has seven different residential projects that are ongoing n the city. Out of these seven, four of them are in close proximity to Eglinton Avenue. Fengate Asset Management is responsible for handling the join acquisition on behalf of two giants in the industry, Eastern Canada Pension Fund, and LiUNA Central.

There are quite a few amenities that will support the transit-oriented mixed-use development that is already in place. Investors in the city are looking forward with anticipation towards September 2021, that is when the estimated date of completion of LRT is.

There is a direct connection to the future Wynford station. Also, other nearby facilities include CF Shops at Don Mills, Aga Khan Museum, Ontario Science Centre, and the Ismaili Centre. 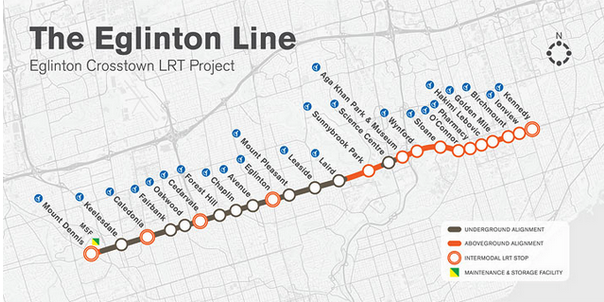 Convenience for the residents

The 25 stations of the Eglinton Crosstown line are majorly situated at the junction of north-south arterial roads. There are a few on the other locally significant routes of the city. All these routes collectively intersect with three of the major transit subway stations of the city.

At the same time, it will also connect to 54 different bus routes, and 4 GO lines. There is going to be a section stretching for ten kilometers that will take the commuters underground.

This is definitely a positive change that is coming to the real estate market conditions. Several changes in the way investors perceive the area are expected because of this excellent deal. Visit us again for more exciting articles like this.