Grand Park Village Phase One: As Reviewed by TDRP

When the Galleria Mall opened in 1972 it was one of only three entirely enclosed shopping centres in the Old City of Toronto. Located at Dufferin and Dupont streets its 50 shops served the needs of the local community faithfully for more than three decades. Just after the turn of the 21st century, the mall was designated a “greyfield”, meaning it was considered ripe for redevelopment. Shortly afterward it was acquired by Freed Developments and ELAD Canada.

Recently, the Toronto Design Review Panel held a marathon session during which components of Phase One of the project were discussed. These include the new park and community centre which will serve as a backdrop for the forthcoming Grand Park Village Condos. 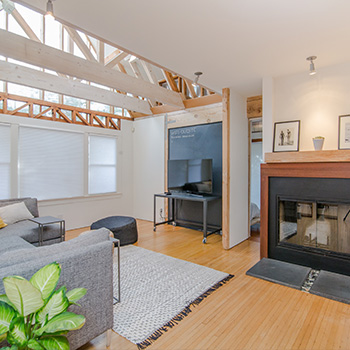 Designed by Hariri Pontarini Architects the master plan for the site received city approval in early 2019 and Phase One of the development process has already commenced. Just south of the planned residential blocks the aforementioned park is now taking shape along with the soon-to-be-opened Wallace Emerson Community Centre.

As construction progresses some portions of the old Galleria will be demolished while other portions - including the bank, grocery store, pharmacy and more - will remain open, providing important services to residents of the area.

The new park will have 3 distinct but fully integrated areas. At its eastern end will be the “Nature Heart”. A forested area with walking paths extending from Dufferin Street into the centre of the park where the “Play Heart” will take the baton.

The Play Heart will include a multi-use sports field and an artificially created hill. Continuing on through the park will take one to the “Community Heart” at the far western end, with its winter skating trail, public gathering areas and a BMX/skateboard area.

The Community Centre with its distinctive terracotta facade will echo the curvilinear nature of the street at this end of the park. Inside will be a gymnasium, fitness centre, running track, pool, childcare center and more. Atop the centre will be a landscaped roof terrace that will provide a refuge from the street and commanding views of the cityscape on all sides. 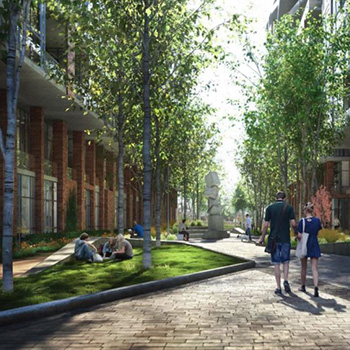 One of the most important aspects of the park will be the integration and activation of the laneway on the western park border. During the presentation of Phase One plans a lively discussion took place regarding the exact nature of development along the laneway.

Some members of the TDRP suggested the current plan for integrating the laneway might be a bit utilitarian and not entirely up to the lofty standards set by the rest of the project. Although reaction to the project as a whole was extremely positive with various DRP members calling it “spectacular” or otherwise lauding its concept and vision.

The development of the new park and community centre will create a solid, generative foundation for the Grand Park Village Condos. And, because these important components of the master plan will be completed prior to the erection of GPV the neighbourhood will retain its vitality throughout the construction process. Freed Developments and ELAD Canada are proud to be associated with this forward-looking project. You can read more about it here.